This weekend I shot in my second highpower match. I improved fairly significantly all of my off hand shots were on the paper which is an improvement on over my last match, I scored a 93 in rapid sitting which I thought was pretty good for my second ever time. I got a 78% overall so the 84% threshold for “sharpshooter” seems attainable.

The UPS man dropped off a CMMG A4 22 upper that I was not expecting as it was on back order. Once I can acquire a carry handle sight I should be able to get some good practice in. Full review once I get all the parts. 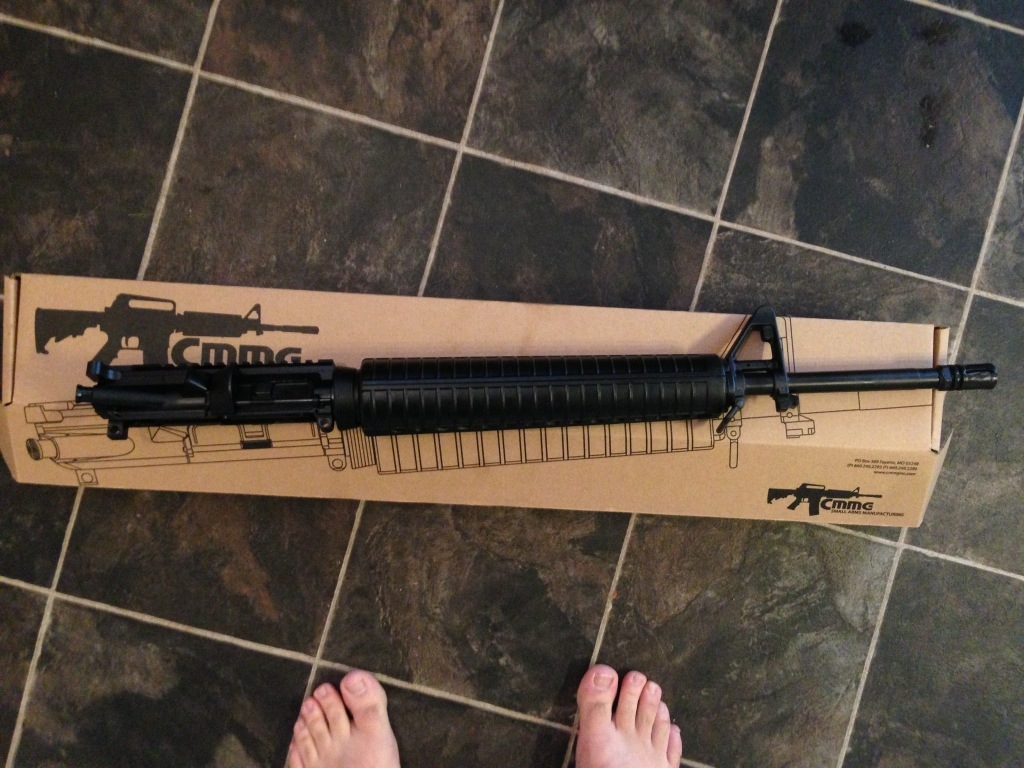 For the Garand match on Sunday I had some trouble with my elevation. Frankly, I got pretty frustrated because it didn’t make a whole lot of sense why I would be shooting 4″ low all of the sudden. I returned after the match spent several hours shooting prone and reset my 0. If I’m shooting high at the July match I’m going to be awful grumpy.