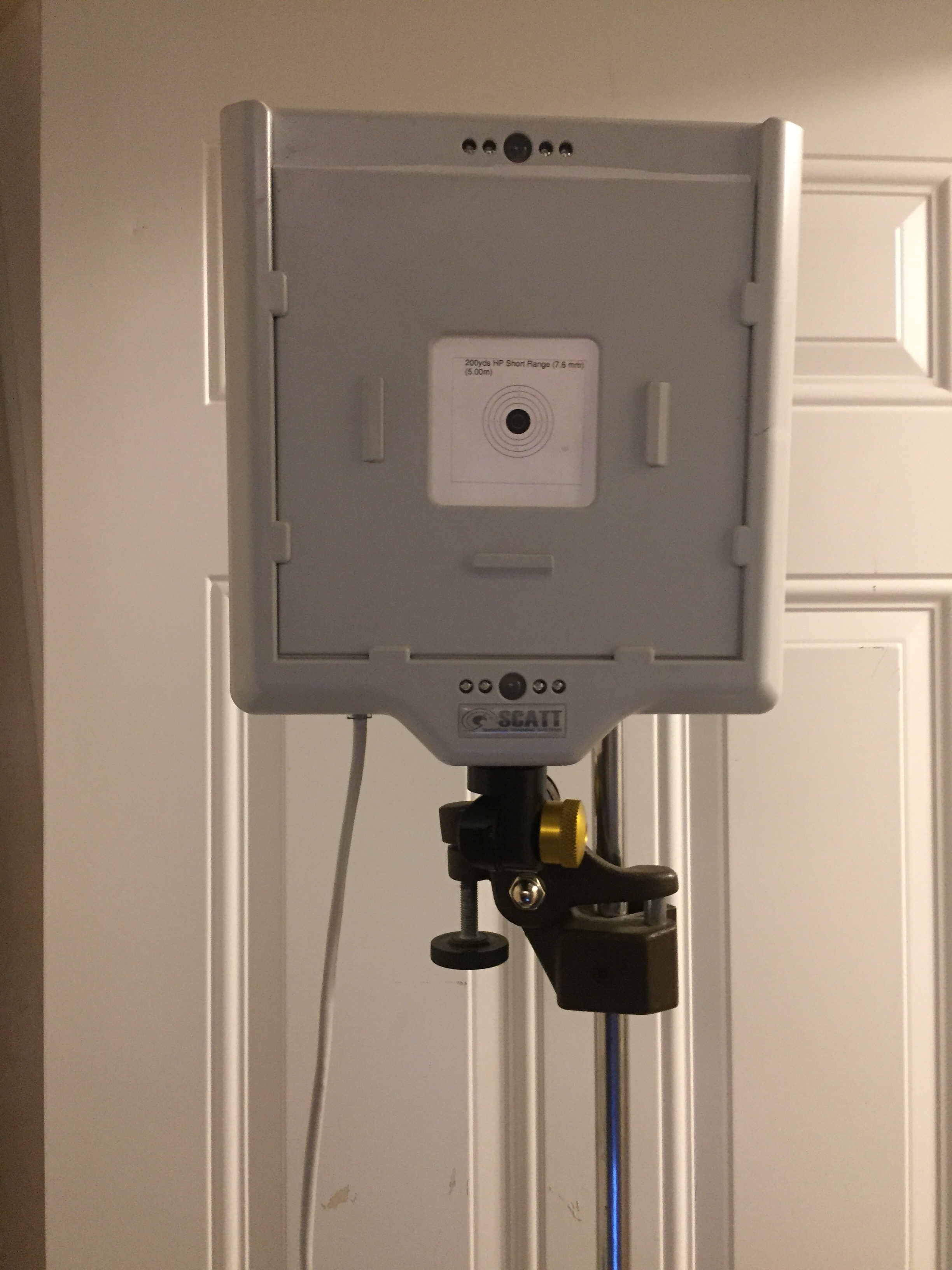 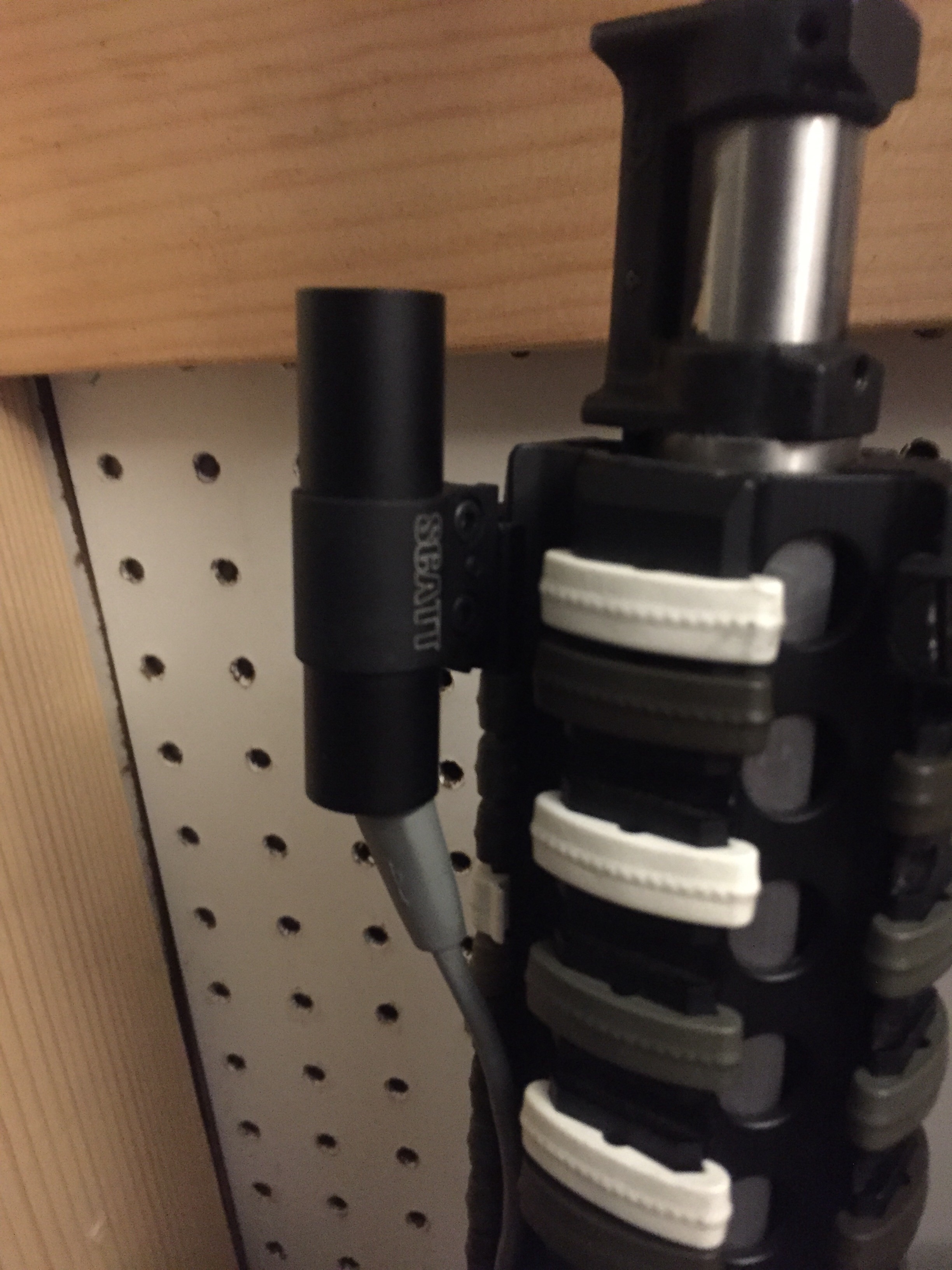 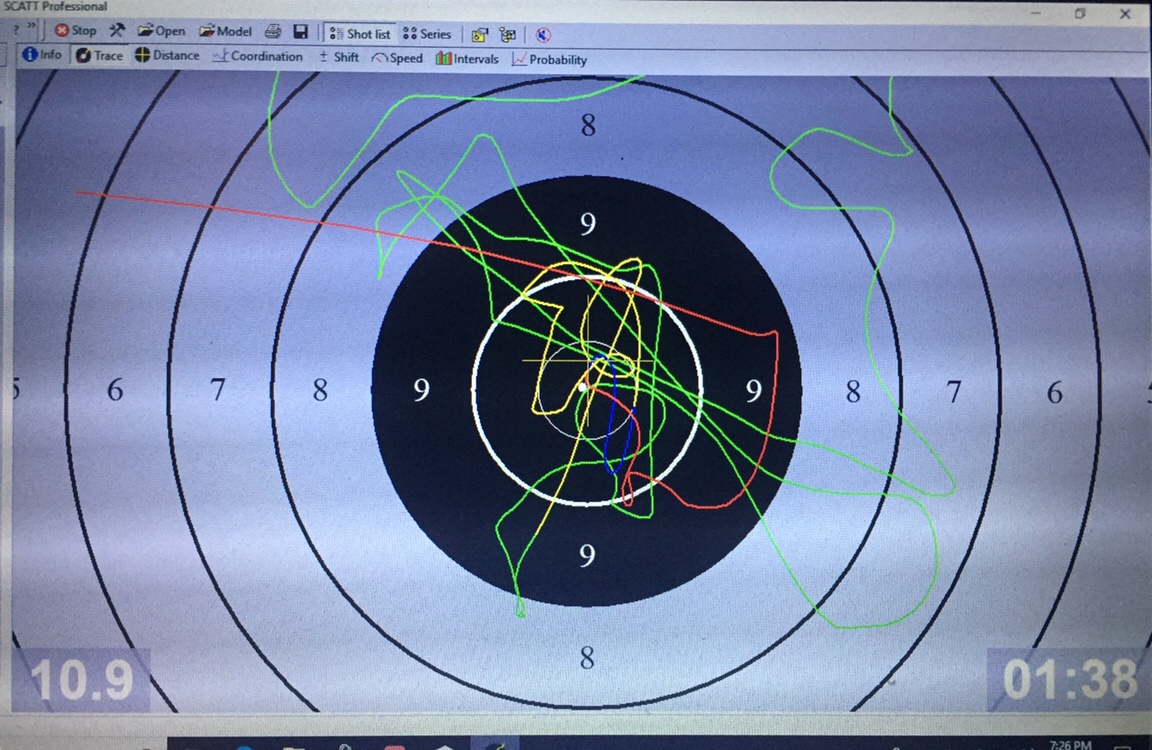 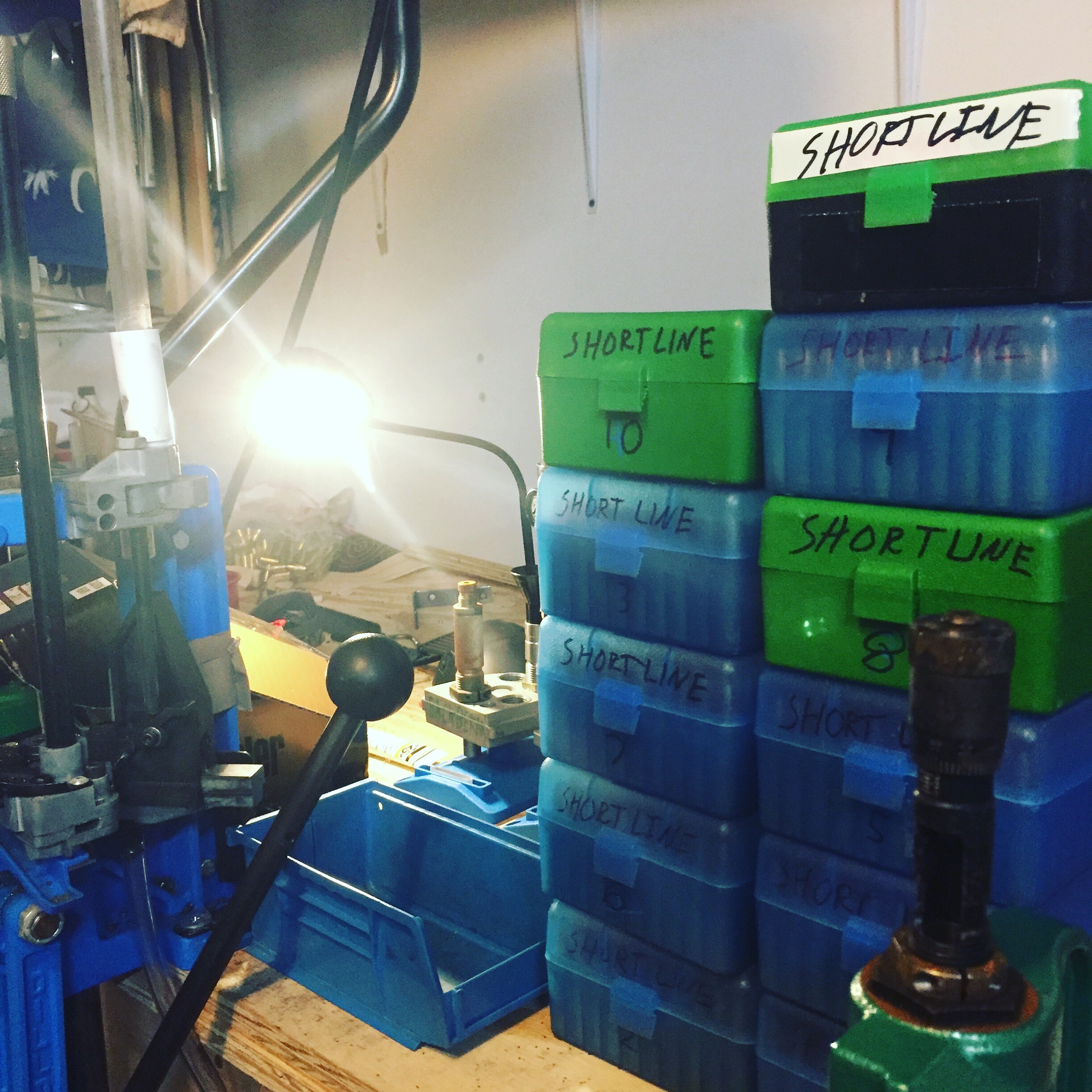 It was a perfect weekend here in SEPA, sunny mid 70s just a light breeze.

I managed to sneak away from my yard work for a hour or two with my rimfire A2. 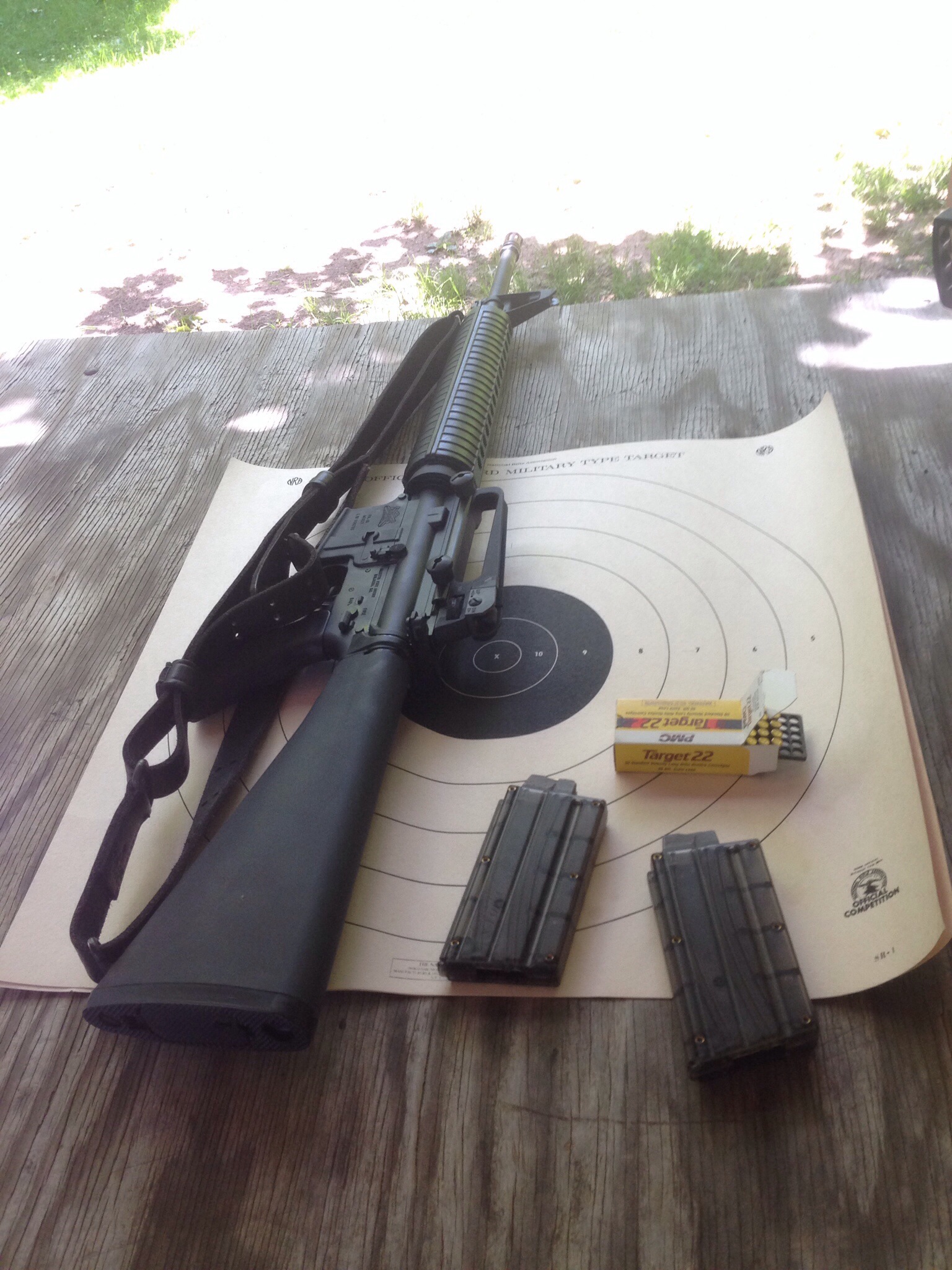 The high power range was crowded, due to the nice weather, but I had the rimfire range more or less to myself, which was relaxing. I had a couple of things to work on.

First I’ve been having some problems with my hand cramping/fatiguing in slow prone. I theorized I had a bit too much “downward pressure” so I brought my sling out another notch which seemed to help. Of course now I’m getting awful close to running out of sling. 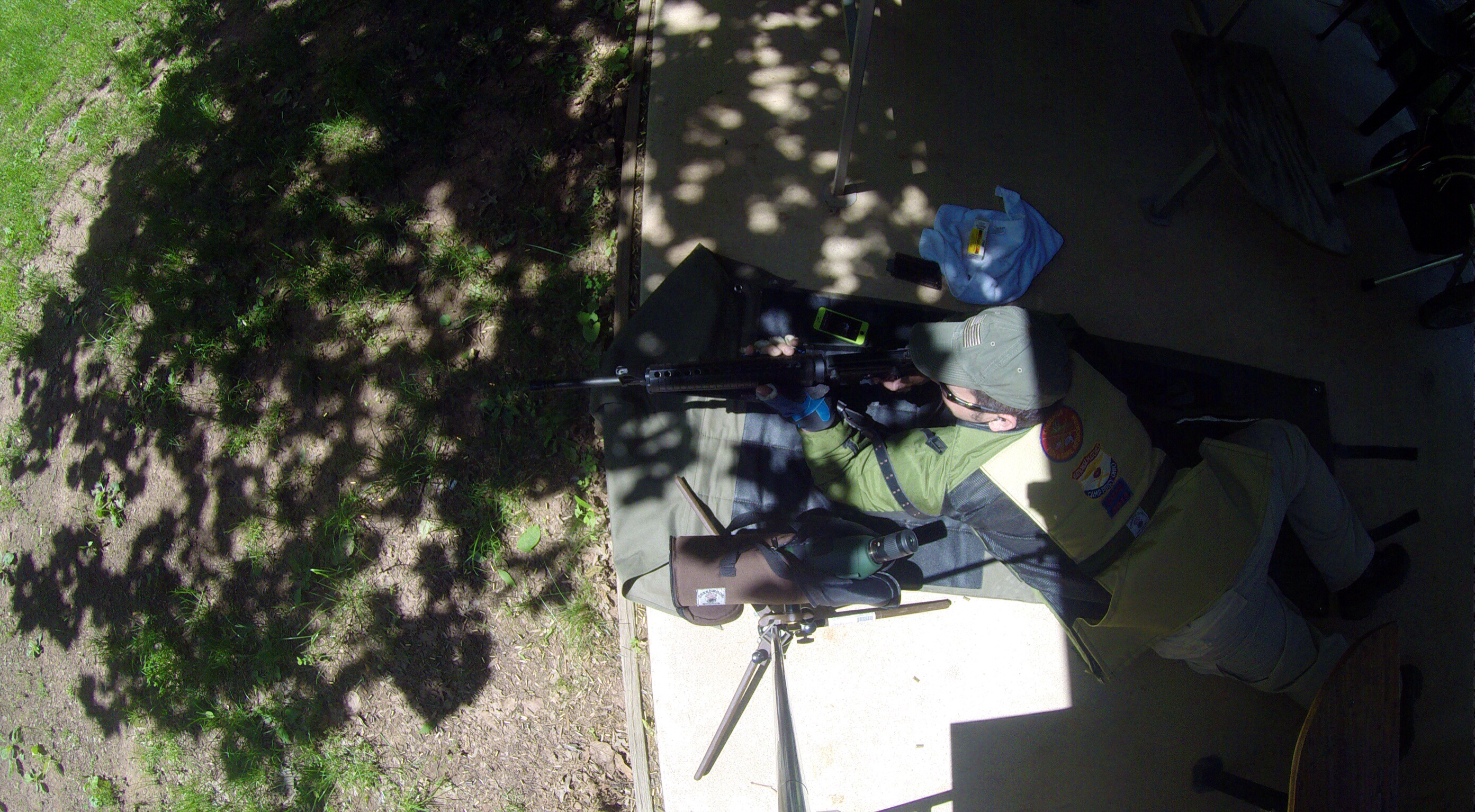 Second, I needed to work on off hand. While I’ll never be done practicing, I came to some interesting revelations. The High Power range must be angled up hill because my NPA is awful high. This isn’t so much a problem but explains why my position varies from range to range. Additionally, I pulled up and left, just like I did at the matches the weekend before. After reviewing the video on my GoPro it looks like I am flinching a little in anticipation, even with my 22. So some more dry fire and rimfire practice are in order.

Unrelated to practice, I enjoyed spending some time with my 22. The range was quite, shaded and peaceful. It was a nice change, I am going to try to spend some more time shooting 22.

I took a trip out to York Riiflemen for an informal Service Rifle clinic. It was really perfect timing for me, as I’ve only shot 6 Service Rifle matches with my A2, and frankly, I haven’t spent a lot of time practicing with it.

It was a beautiful sunny and warm (50s) day with almost a foot of lingering snow on the range and lots of mud. 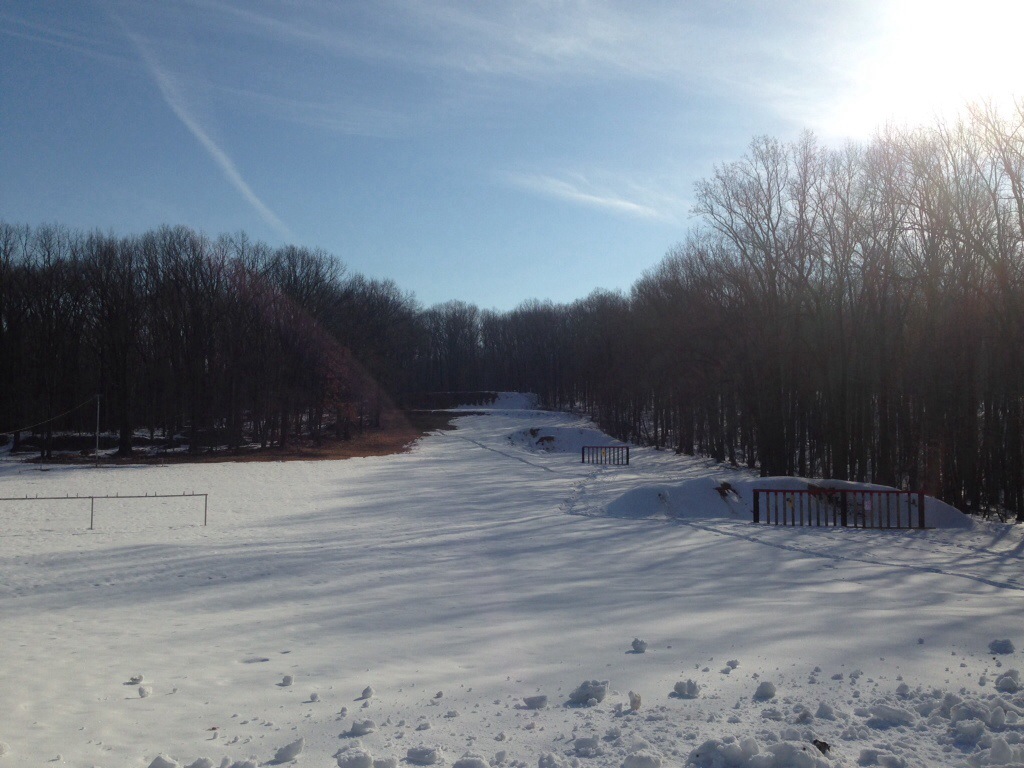 One of the coaches went over a some tips on off hand. Take your time, and remember to focus on trigger pull, be consistent, avoid target panic.

We had a 20 minute block of time to work on off hand, I took a few shots prone to get a 200 yard zero (+6 1/4.) I tried out a change to my off hand position, resting the mag in my palm. I got some good advice from the coaches and feel a bit better about off hand.

After off hand we did a couple of strings of rapid sitting, which was great, because I have neglected practicing this position. I have some things to work on there too. You’ll see some of them in this video.

I’m going to keep recording my shooting and watching it afterwards. It’s been enlightening to see what I’m really doing compared to what I think I’m doing.

I picked up a few things to work on.

1. Stop dancing around in off hand (still)
2. Remember to breath
3. Always stage the trigger even in off hand

Additionally I’ll try and step up the dry firing off hand in my shooting jacket, I’ve been getting a little lazy keeping my elbow on my side.

It was a great clinic and should give me a good base to build on for the season. I’ll be back in April for their Garand match.

The view from the pit during rapid sitting:

I went a little out of my comfort zone on this one. A friend of mine talked me in to signing up for a Garand “practical rifle” match at Langhorne Rod and Gun.

It was a sunny, unseasonably warm day in the forties, with a foot of snow still on the ground.

Several different courses of fire at different distances. All based on 8 round clips so lots of pinging. 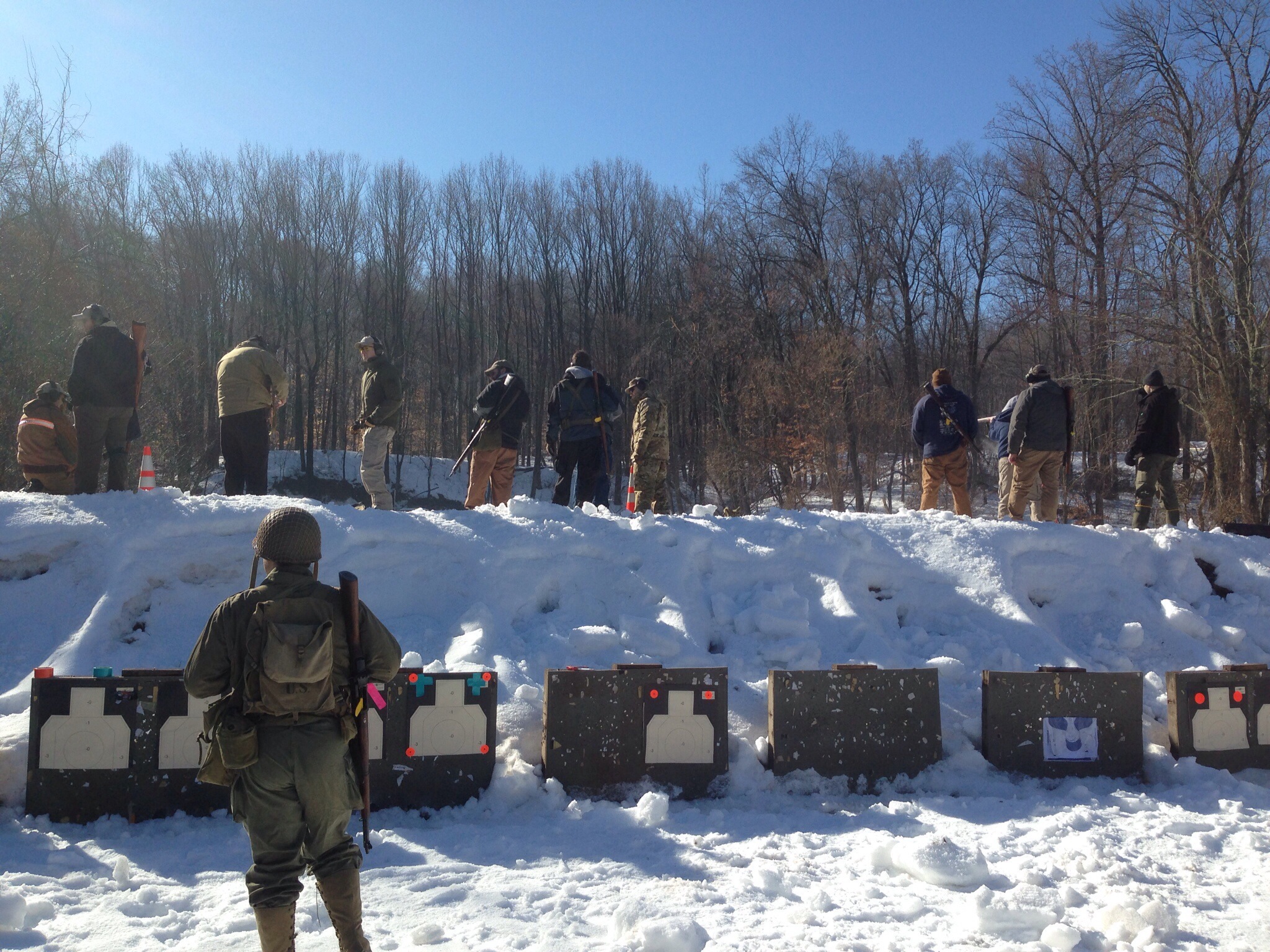 I did terrible, but it wasn’t really about “winning” or at least that’s what I told myself.

A couple things I need to think about from what I learned at this match. I think my 6:00 hold held me back a bit, I should keep a dope for both 6:00 and center mass. I wasn’t prepared to use hasty sling and they have a “muzzle down” rule that threw me off a bit. I’m a little ashamed to admit, I have no idea how to rig up with the barrel down without dropping my rifle.

My excuses aside it was fun, well run match. It has gotten me thinking a bit about my shooting style a bit, and perhaps I should spend some time practicing transitioning and hasty sling.

In unrelated news a fella there had a Mini-G, and I want one!

A little video of me shooting.

The temperature finally rose above freezing here in PA and after way too long i was able to squeeze in some range time with the Garand. I also brought along my another new toy (Gopro) to take some videos.

Looking up from the mat.