The Winchester rack grade I picked up at the North Store has holes in it for a M15 grenade sight. In my effort to attach the sight disk I discovered the top hole is stripped out.

First I unsuccessfully tried Teflon tape. So I moved on to the toothpick method.

You will need. Toothpicks, wood glue, sandpaper, and either a box cutter or a heavy scissors.

First shove some toothpicks In the hole so they are nice and tight. 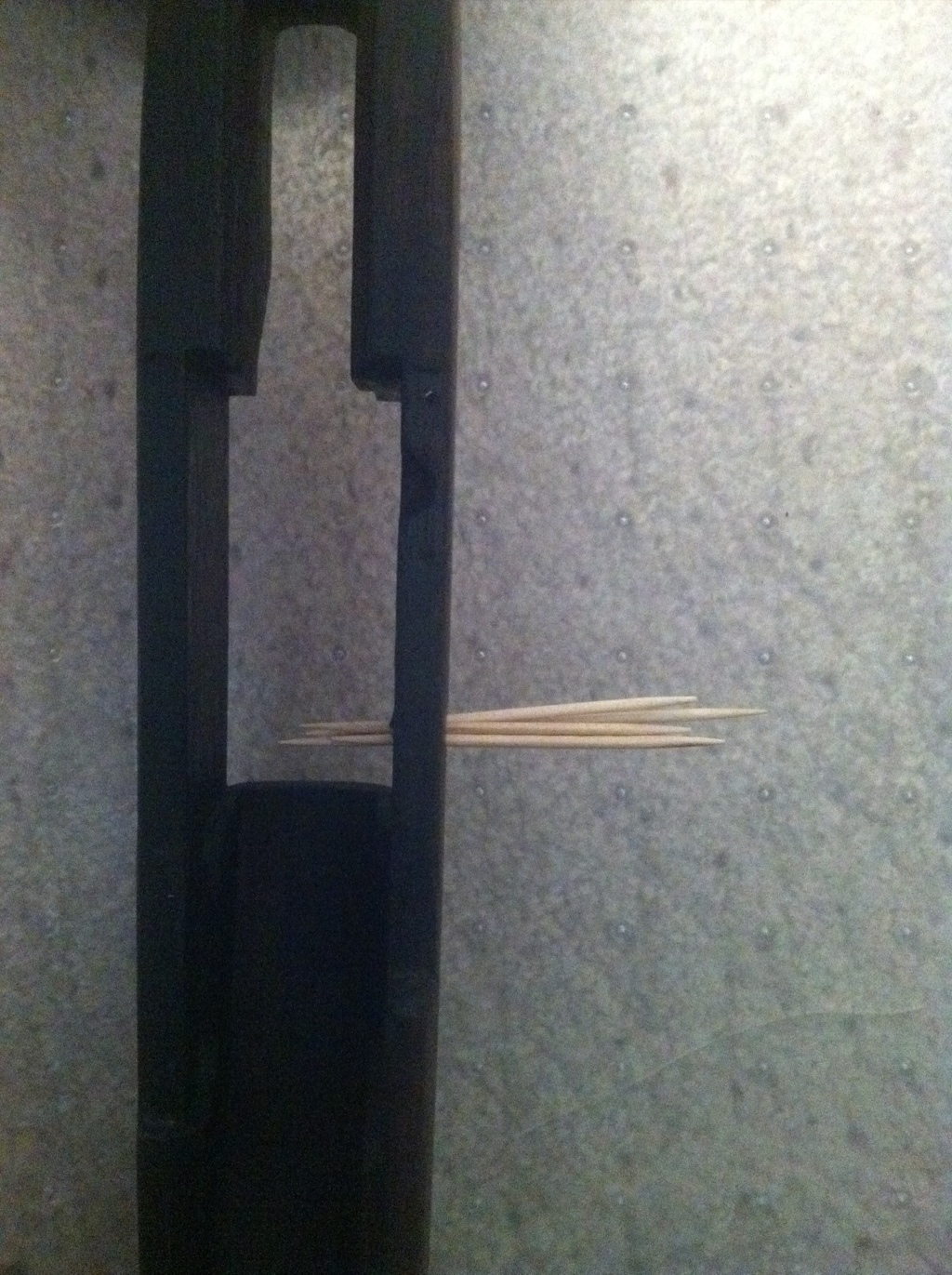 Break off the toothpicks on just one side. Put some glue on the “broken side” I used another toothpick to help get more glue between the toothpicks. Then let it dry for awhile. Position the stock so that gravity will help the glue work down into the hole.

Carefully tape the stock up with painters tape and filed/sanded the toothpicks to be even with the sock. 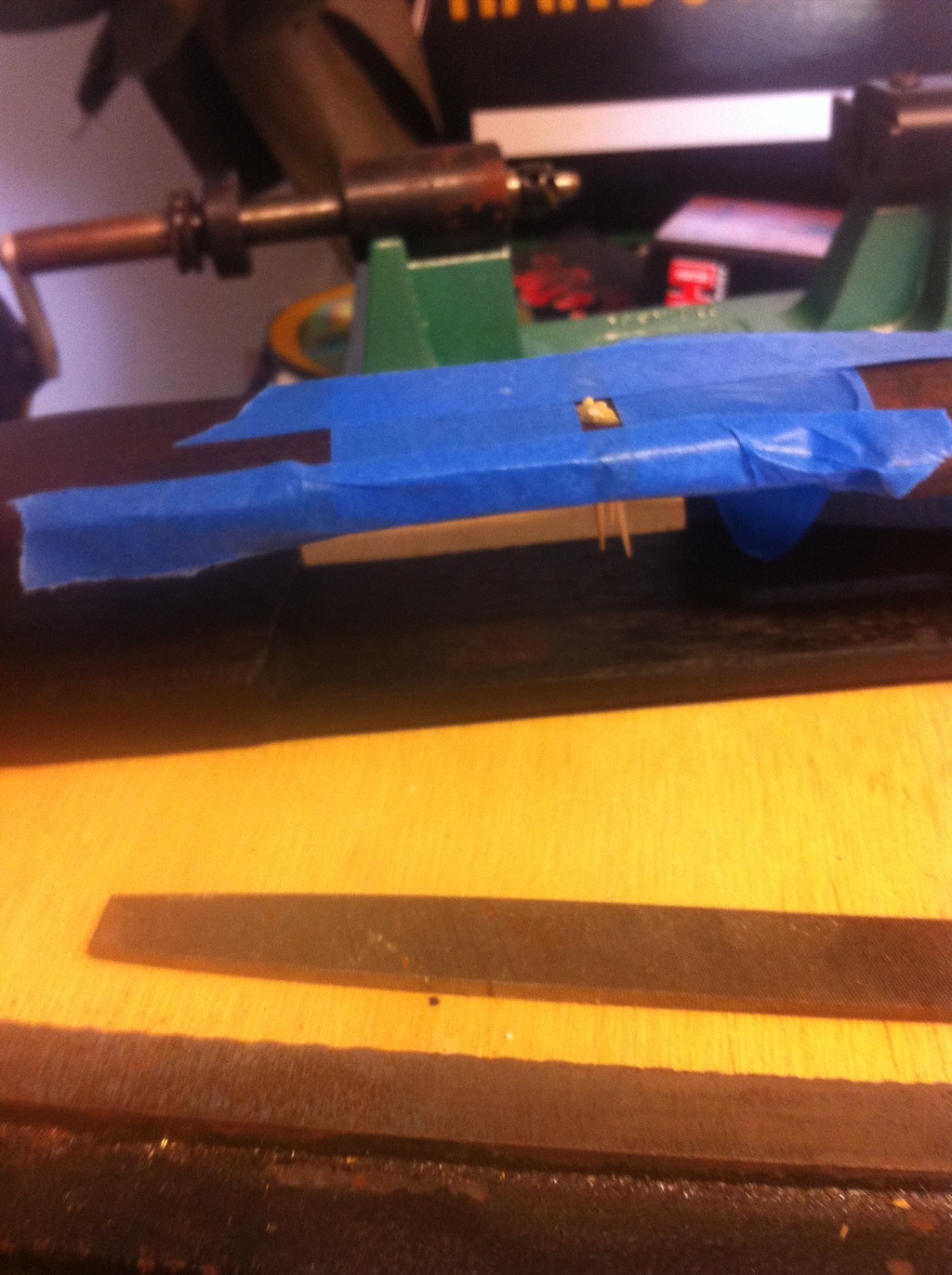 Use either a scissors or a box cutter to cut the toothpicks off on the other side and repeat the above process.

The tricky part is re-drilling the hole. This is probably a better job for a drill press as it is very tricky to keep the drill centered on the toothpicks. The idea is to drill a pilot hole only in the toothpicks so what is left just tightens up the hole. I hit a little stock which cause much cussing but it still worked out. 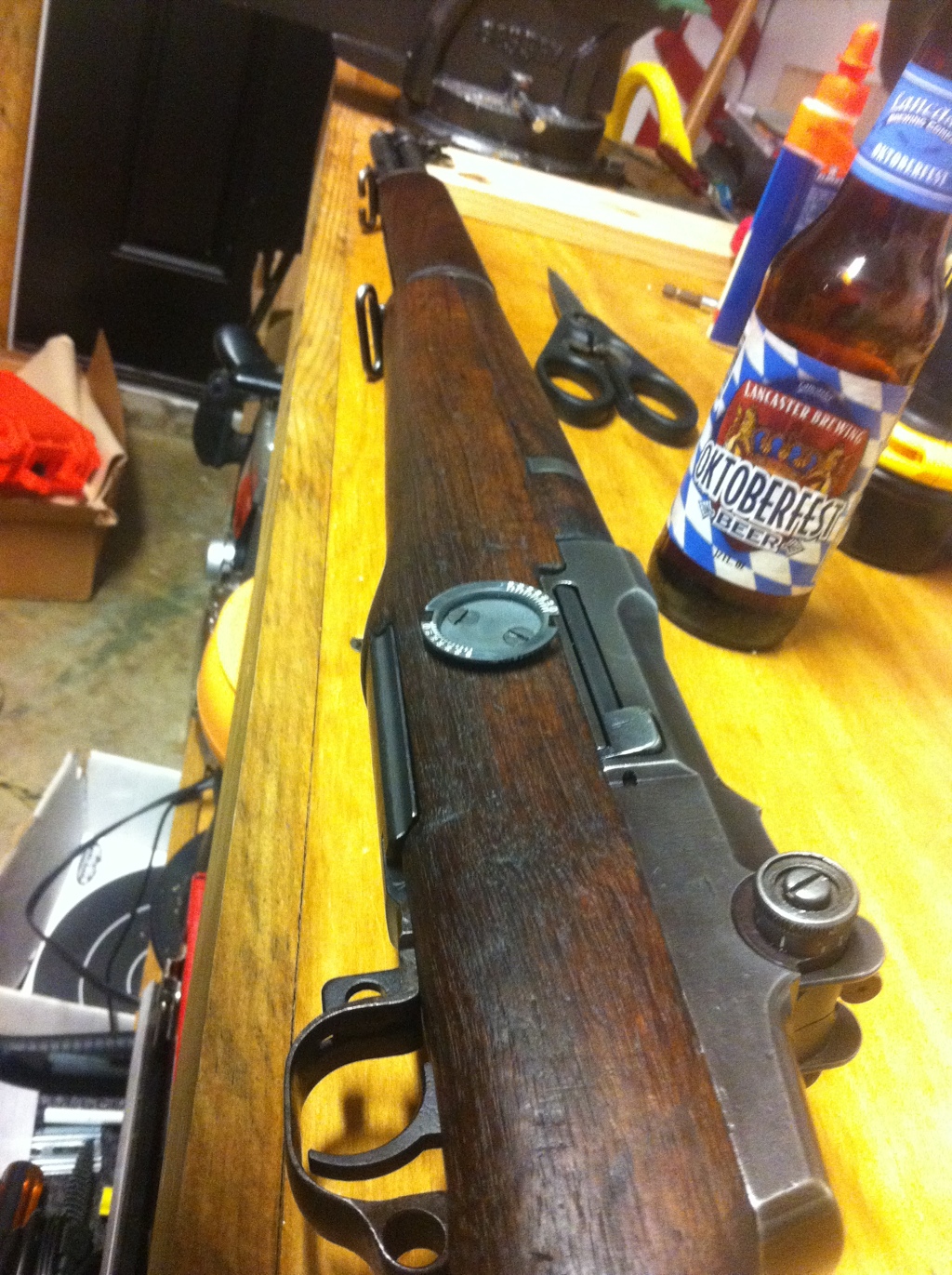 My “Winchester Grenadier” with the sight disk for a M15 grenade sight installed.

So I was not happy with the results of the above process. It became lose pretty quickly. I picked up some JB-weld. Put some painters tape inside the stock so it didn’t leak out. 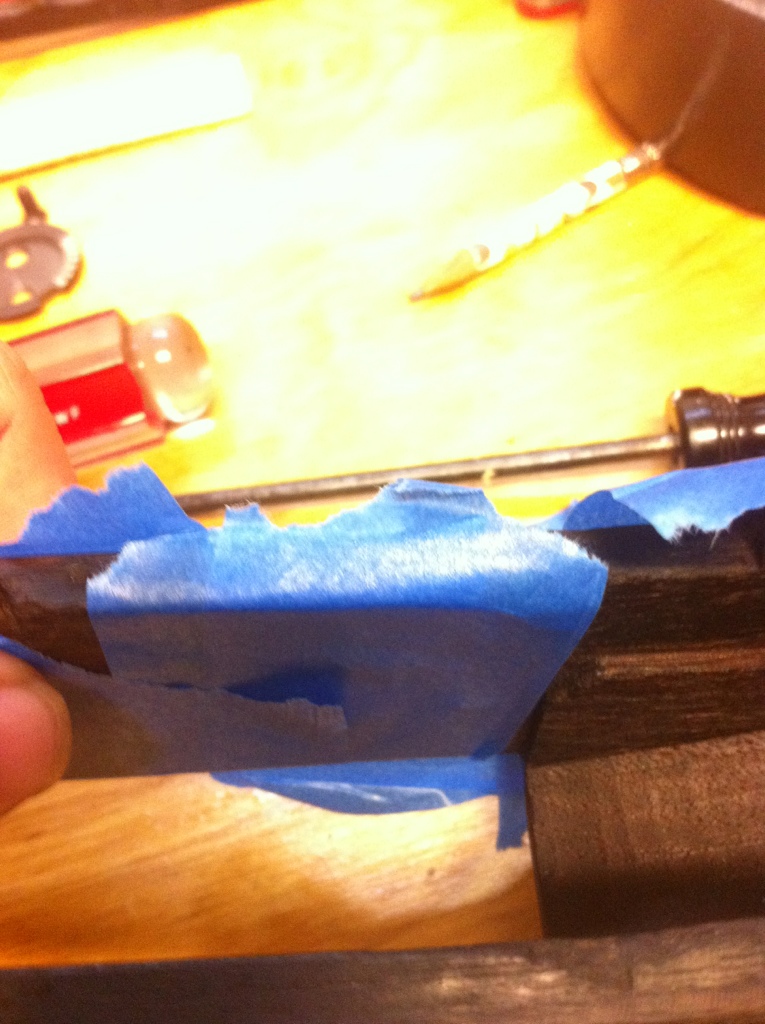 Put a bit of JB-Weld in the holes. A little more in the hole that was stripped. I used a razor to scrape off any excess. 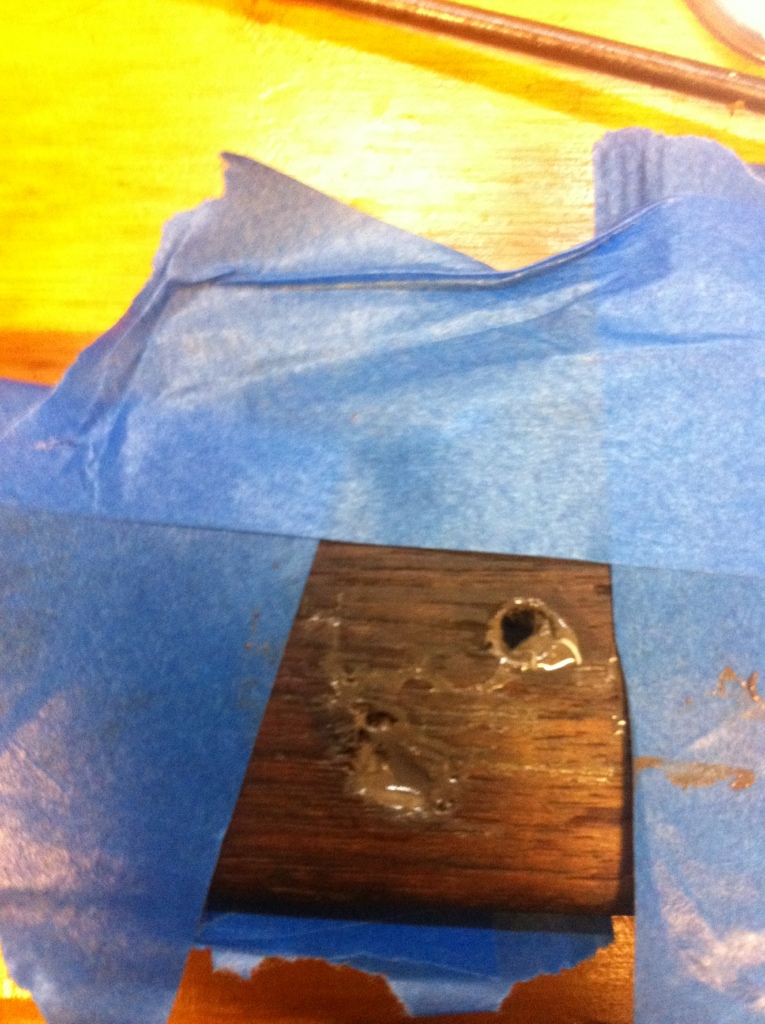 Then I screwed the disk on then clamped it all together with a shim and some scrap wood while it dried. 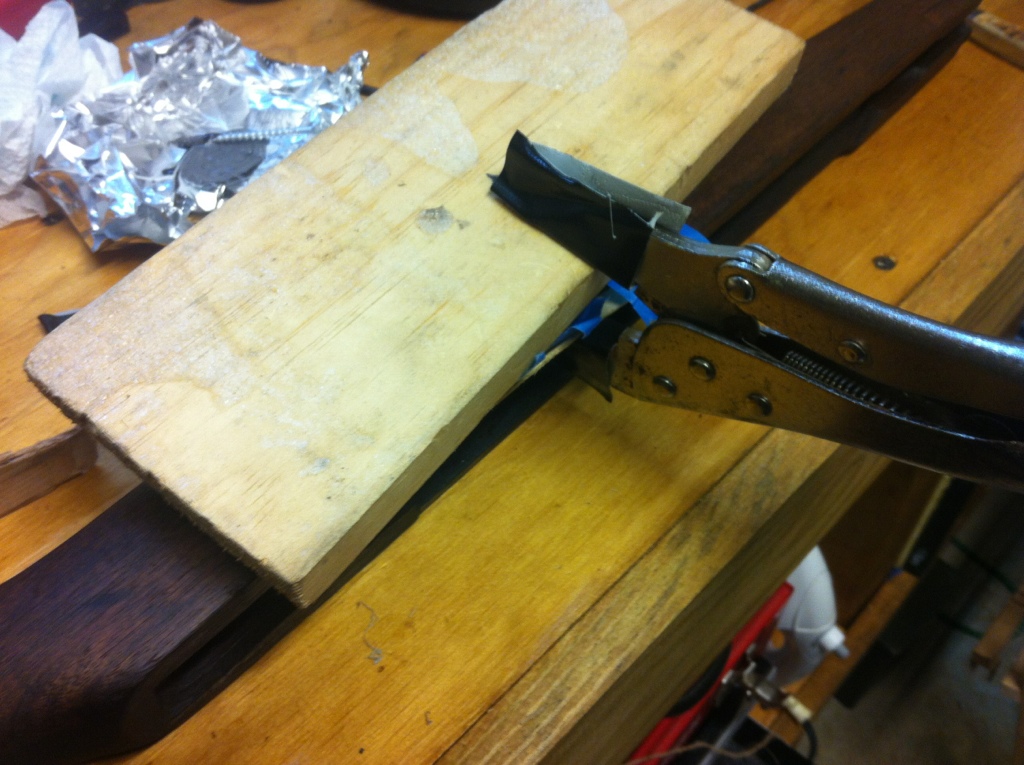 After an hour I took the tape and shims off so they wouldn’t get glued to the stock and let it sit overnight.

The disk is now much more solid. And is able to accept the M15 sight without twisting the disk.