This weekend I stumbled upon a medal with the Pennsylvania Railroad logo and a rifle dated 1926.

Turns out PRR sponsored many sporting events and gave out other similar medals for the more typical office-type sports like softball and bowling etc.

It originally had a ribbon attached. I don’t know  what the criteria was for awarding them. Some of the awards for other sports seem to be gold so its possible they were Gold/Silver/Bronze awards or that could have varied by sport.  It was made by Dieges & Clust Jewelers in Philadelphia.

According to the some old newspapers, the matches were playoff format. Each department had a competition and sent representatives to a final championship which was held in Baltimore, at least in 1927.

I thought it was a neat piece of history, sure beats a company softball game. 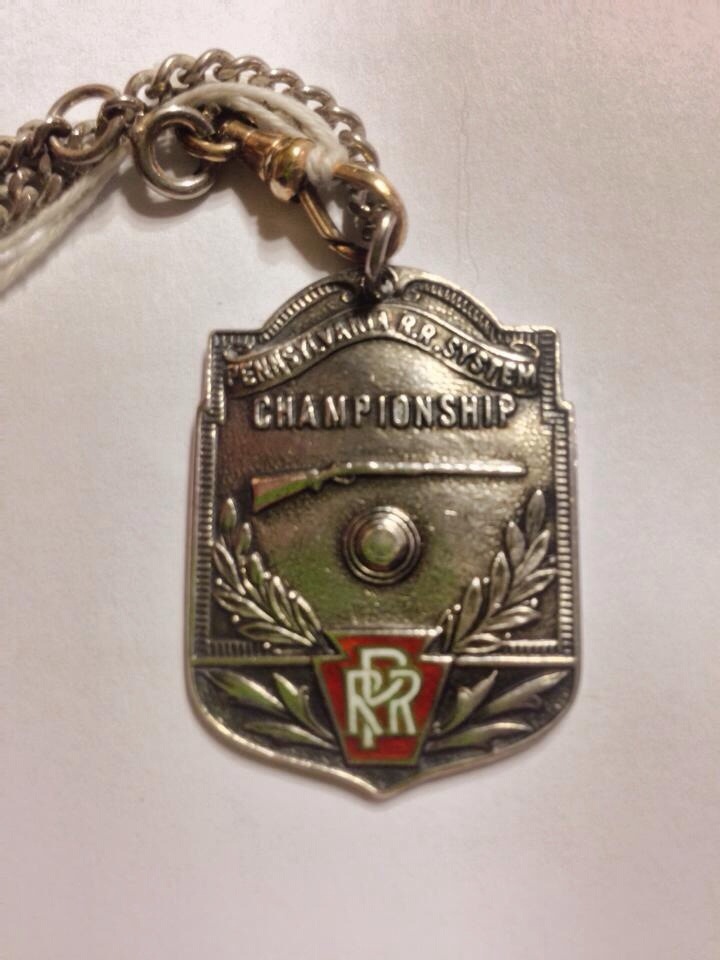