The PU sniper has been celebrated and degraded, referred to the best and most deadly by several internet “top 10 lists.” It has starred in video games, movies, and TV shows. Now,  I don’t know about best and most deadly, but GTB prefers the 1903A4. However, the Soviets had one of the best sniper programs in WW2. Rather than producing a special batch of rifles intended to be used as sniper rifles, 91/30s were pulled and tested for accuracy before leaving the factory. The most accurate ones were then set aside to be fitted with the PU scope. Generally the PU sniper has a better trigger and smoother action than the rearsenaled 91/30s common today.

The PU sniper scope, from which the PU sniper gets its name, was introduced in 1942 and had begun it’s life mainly on SVT-40 rifles. However, these rifles were found to be inaccurate and not desirable for use as a sniper rifle, due to the semi-automatic action. So the soviets began putting them on the 91/30 rifles.

This is a 1944 PU Sniper made at the Izhevsk Armory. It is equipped with a PU scope that was manufactured in 1943 from the Kazan Optical-Mechanical Factory (KOMZ). KOMZ made  4% of the total PU scope production for that year and only 7% of the total production. 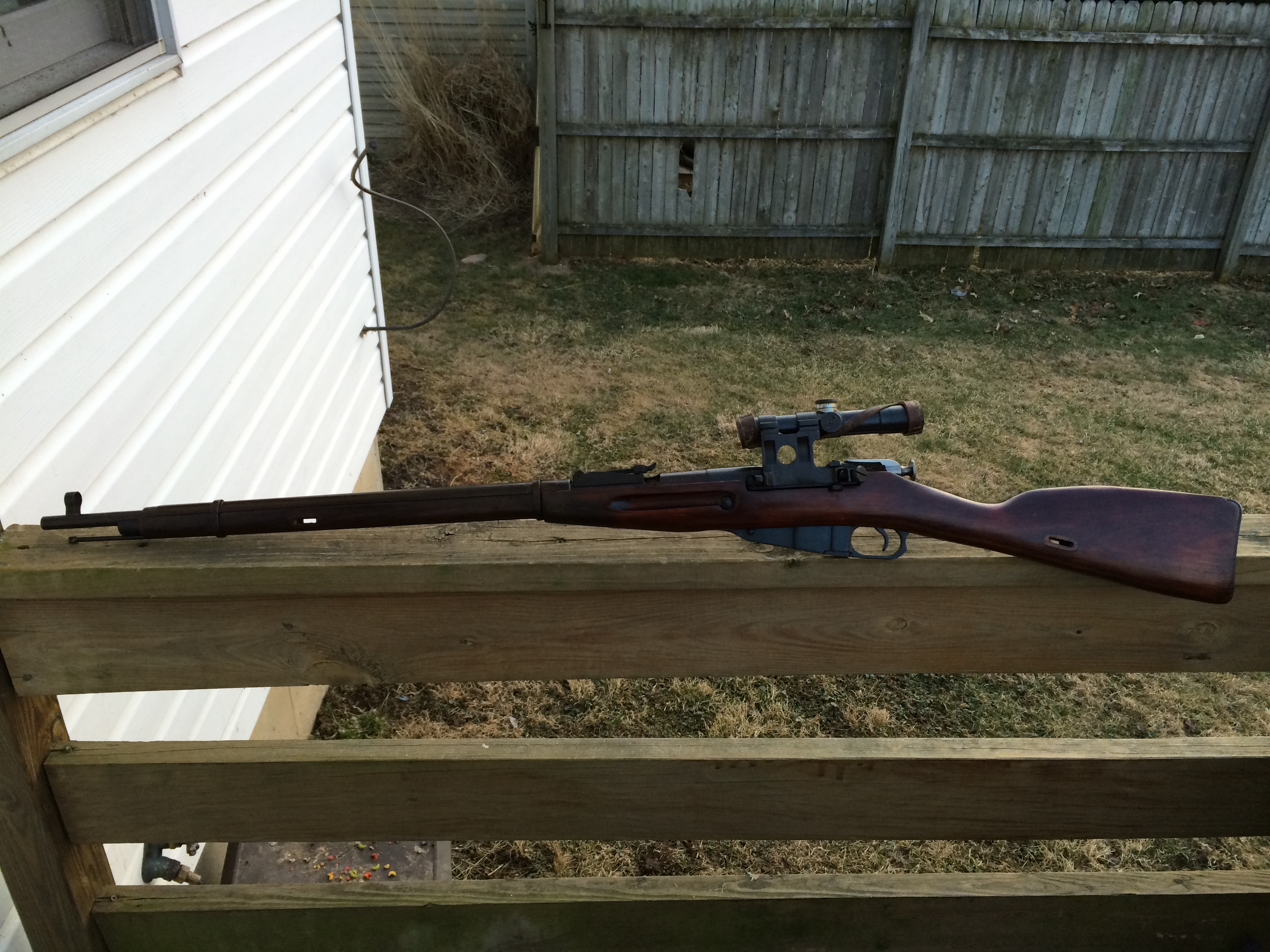 After the war, most of these rifles were refurbished as all 91/30s were, and many were fitted with different scopes or mounts. So you may see a variation of crossed out and new numbers stamped or electro-penciled for the scopes and mounts, just as most other rifles that had been refurbished in Mother Russia. 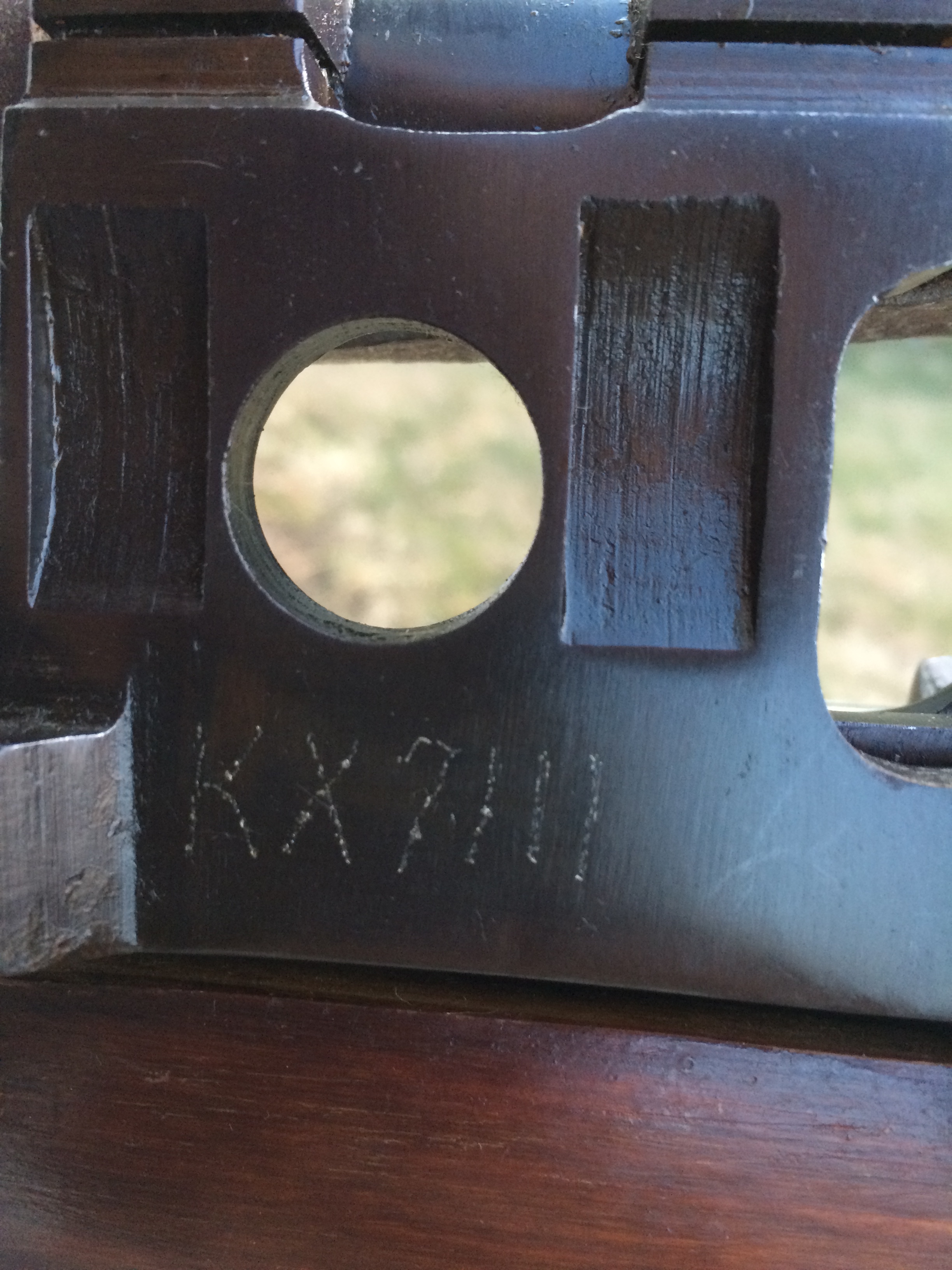 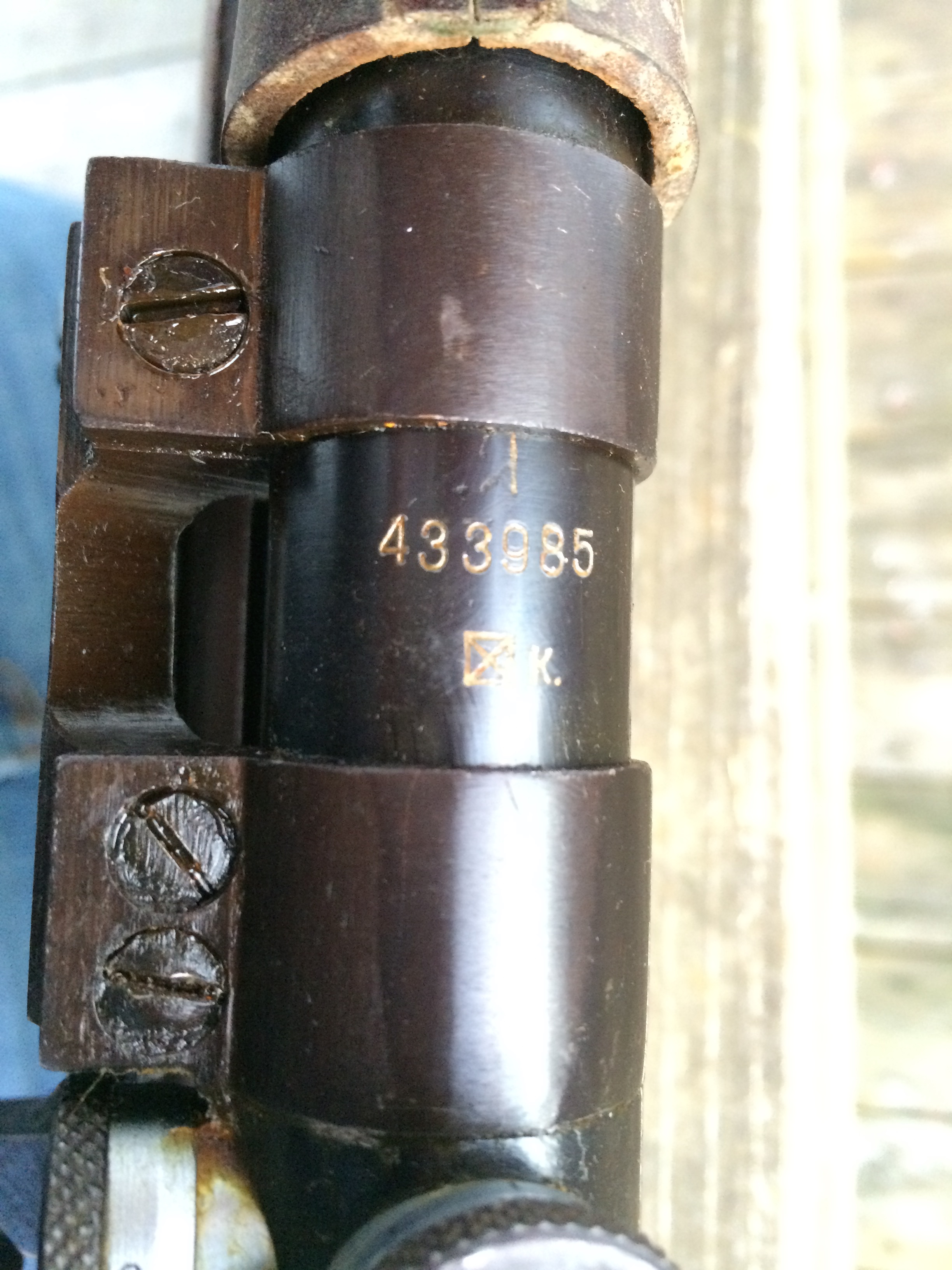 One neat thing about this rifle, and I tried to capture a decent picture showing it, is the brown paint on the fore-end. Most of them did not survive with this paint. It is said that some snipers did this to cut down on glare. Whether it was for the glare on the scope or from their opposition, I’m not sure, but a cool part of this rifles history that still survives, none the less.

We are nearing the end of the golden era for these original WWII snipers. If you having been thinking about picking up a PU sniper, I would suggest buying one soon, while they are still very affordable. We have all seen the price increases across all WWII Rifles.

When shopping for a PU sniper, always do your homework. As with anything else, there are many counterfeits. Some of which were mass produced in the late 90’s through the 2000’s by Century Arms International, using scopes made made in the Ukraine in the 90’s. These reproduction scopes are not hard to spot, after you’ve seen one. The screws in the turret will be flush with the turret on a reproduction and the originals are have a domed head that sticks slightly above the scope turrets.

Another tell tale sign for a reproduction or post war mount is machine marks. The original wartime mounts will have very rough machining marks, as seen in my photos. Reproduction and post war mounts are very smooth and look well produced, since there was a need to expedite production, due to a war. Another tell tale sign of a reproduction, as silly as it sounds, is that the leather lens cap passes through the scope mount, so it can’t fall off of the rifle. Originals will just be placed over the lenses and can be removed from the rifle altogether.

One last big thing to remember is that PU production began in 1942. It is very highly unlikely that you will see any original PU with an earlier production year than 1942. If so, its very likely a reproduction. So read up, and get out there and pick one up, before they sky rocket in price like the other original WW2 snipers. 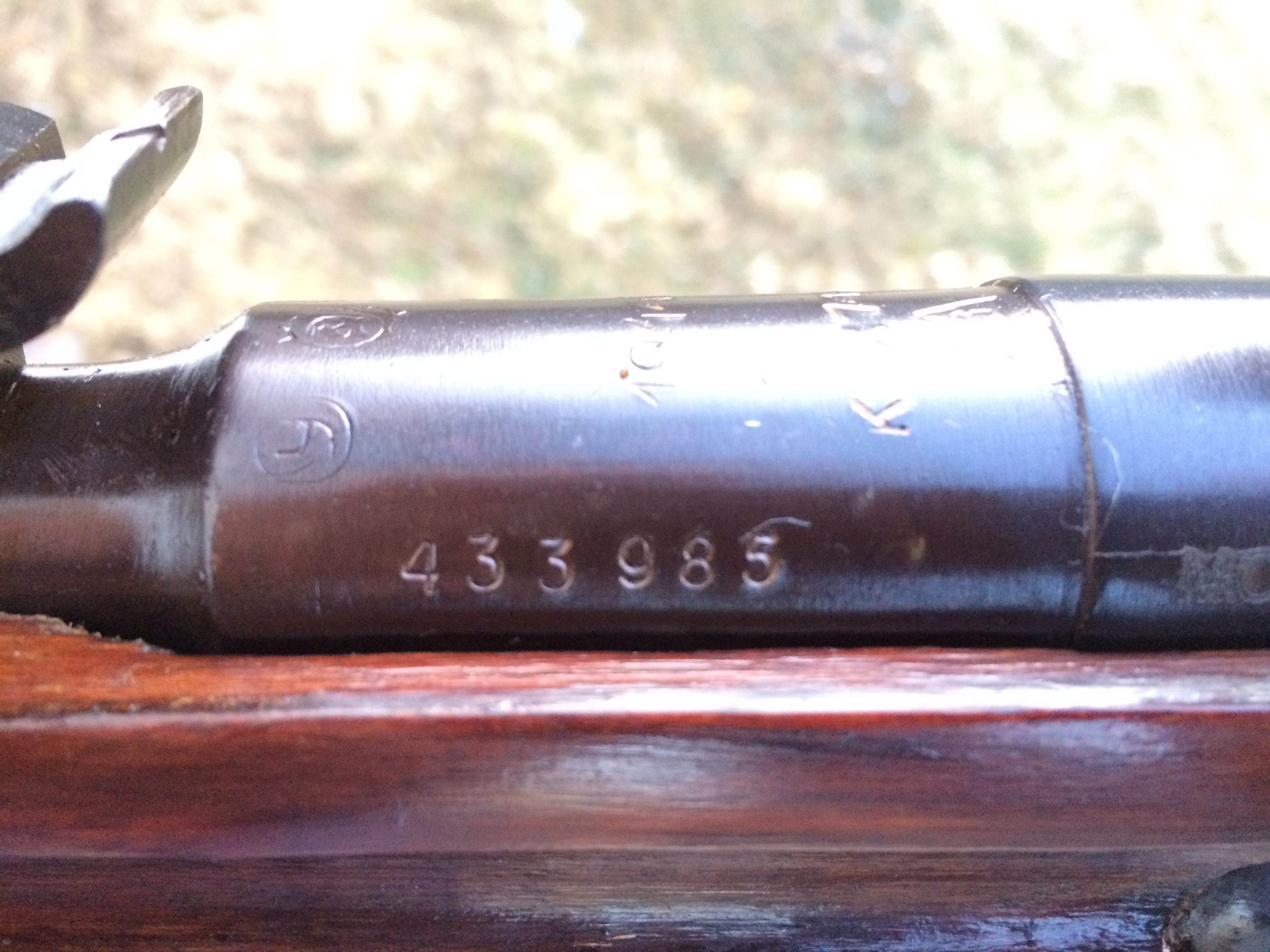 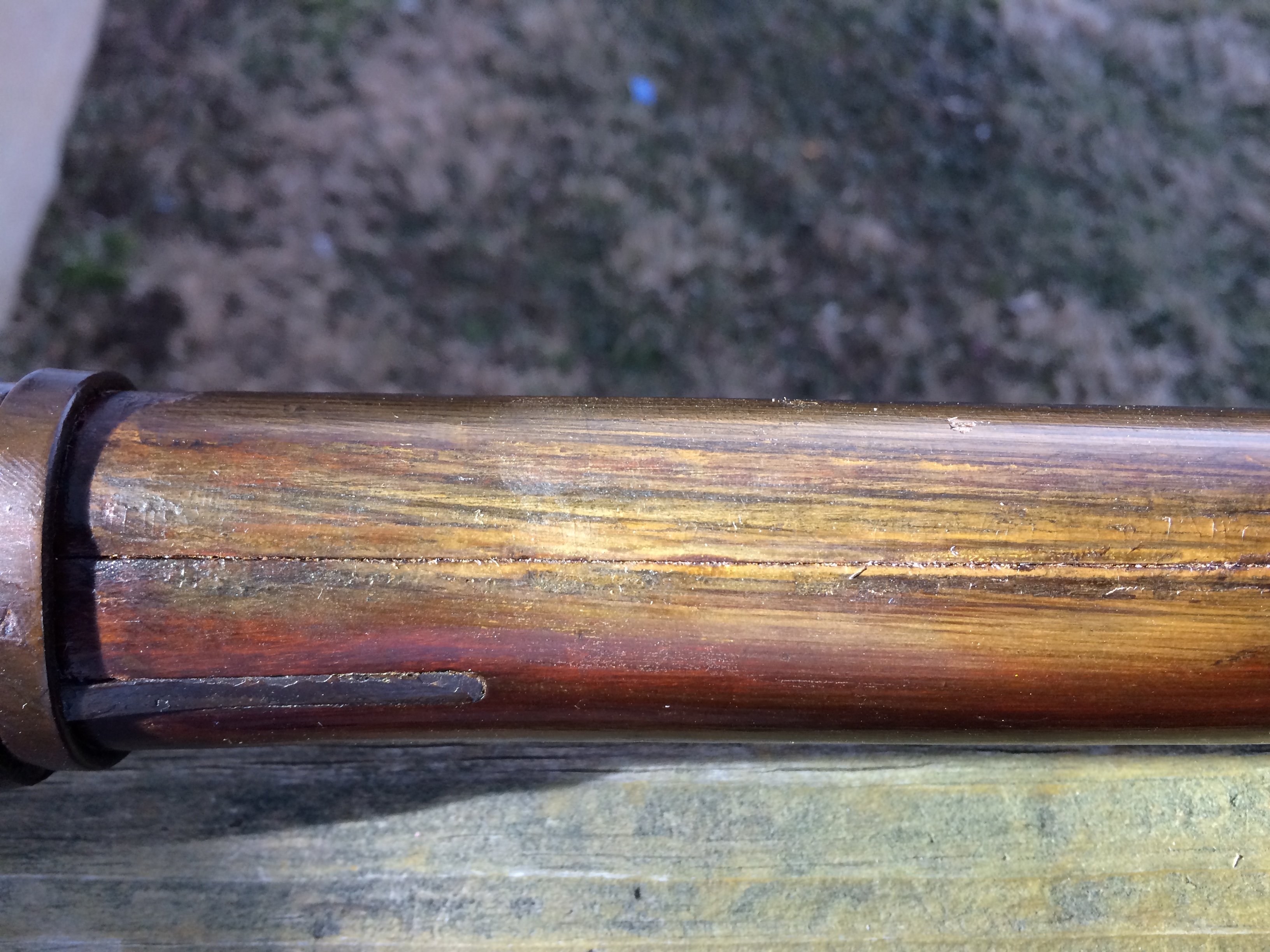